At Johnston-Willis Hospital, our leaders are proud to live by our mission to provide high quality and compassionate patient-centered healthcare to our community. 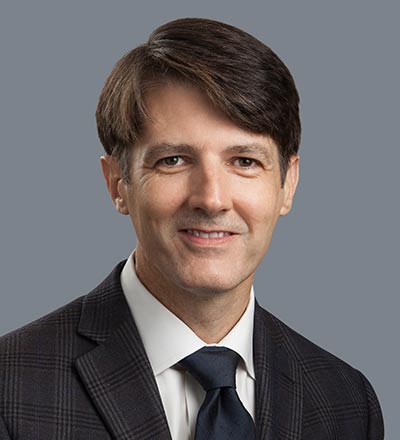 William is a Harvard fellowship-trained executive with more than 18 years of distinguished experience in roles leading high-profile academic medical centers and a major regional health system, in addition to private practice. Immediately prior to joining CJW, William was the president and CEO of Tulane Health System, where he had served since 2014.

During William’s tenure at Tulane Health System, the organization achieved a Joint Commission accreditation with top scores, Tulane Lakeside Hospital for Women and Children was named a 2016 Top Teaching Hospital by The Leapfrog Group, and Lakeview Regional Medical was added as a campus of Tulane Medical Center. Under William’s leadership, Tulane Health System also expanded service lines including the opening of the Professional Athlete Care Clinic, an expansion of the Tulane Bone Marrow Transplant Unit, and creation of the Grace Anne Dorney Pulmonary and Cardiac Rehabilitation Center at Tulane Medical Center.

William earned his undergraduate degree from Tulane University and attended University of Texas Southwestern for medical school. Prior to pursuing his academic medical career, William enjoyed a busy private practice in Pulmonary and Critical Care Medicine which allowed him to cultivate expertise in clinical program development, procedure coding and reimbursement, training and credentialing, and medical economics. In 2004, after completing a fellowship in Interventional Pulmonary, William was recruited to Baylor College of Medicine where he became one of the founding members of Baylor’s Complex Airway and Pleural Disease Center and served as its first Director. After being promoted to Assistant Dean of Clinical Affairs at Baylor, William helped to improve operations and productivity in all of Baylor’s clinical enterprises. In 2009, William was recruited to Christus Health to serve as the Chief Operating Officer for the Northern Louisiana operations comprising three acute care hospitals, two wellness centers, and several outpatient clinics.

William is the recipient of numerous awards including the American College of Chest Physicians’ Young Investigator Award, and the Fulbright and Jaworski award for educational leadership. He has authored several book chapters and original articles published in various medical journals and has been guest faculty at numerous courses as well as national and international meetings.

Zach came to Johnston-Willis from Parham Doctors’ Hospital where he had served as Chief Executive Officer since May 2014. During his tenure, Parham Doctors’ Hospital grew admissions and earnings 37 percent and 41 percent, respectively. Parham was recognized as a Top 5% Orthopedic Hospital in the nation by Healthgrades and received total shoulder, hip and knee certifications from the Joint Commission. The hospital was also recognized for its Division leading patient and physician satisfaction performance.

A Richmond native, Zach has over 10 years of healthcare leadership experience within the HCA health system, following a career in critical care nursing. Zach received his Bachelor of Science in Nursing and a Master of Health Administration from Virginia Commonwealth University. He is also a fellow in the American College of Healthcare Executives. 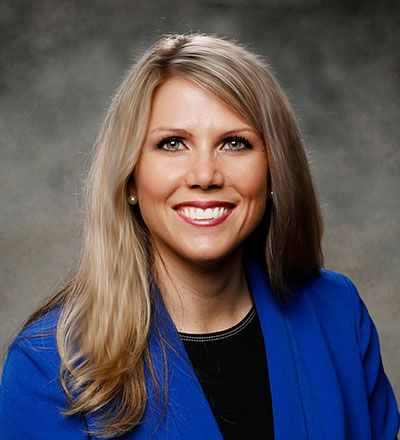 Kristin has more than 17 years of experience in health care finance. Immediately prior to joining CJW, Kristin served as the Chief Financial Officer of Capital Regional Medical Center in Tallahassee, FL. While at Capital Regional, she secured $24M in funding for two freestanding emergency departments, led a reduction in patient length of stay to under four days on average, and spearheaded efforts to reduce overall RN voluntary turnover to less than 10 percent.

Kristin began her career with HCA Healthcare's Capital Division in 2013 as Controller of Portsmouth Regional Hospital in Portsmouth, NH.She was selected to participate in HCA Healthcare's Executive Development program and promoted to Associate Chief Financial Officer in 2015. Upon completion of the executive development program, she was promoted to Chief Financial Officer of Capital Regional.

Kristin served eight years in the US Navy achieving final rank of Lieutenant in the Medical Services Corps including service as the Chief Financial Officer/Comptroller at the Naval Hospital Twentynine Palms, CA. She also held financial leadership roles with Martin's Point Health Care in Portland, ME. Kristin earned her Master of Healthcare Administration, Health Policy Certification, and Bachelor of Science in Health Services Administration from Ohio University in Athens.

Kristin and her husband Darrell have two sons. 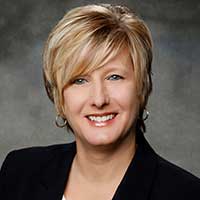 Suzanne Bertsch is the Chief Nursing Officer (CNO) of HCA Virginia’s Johnston-Willis Hospital, a 292-bed facility and a campus of Chippenham & Johnston-Willis Hospitals. Suzanne joined the CJW team in July 2017. Suzanne is a proven leader whose expertise, compassion and dedication to patient care are a positive impact on our hospital and the surrounding community.

She received her nursing degree from Florida Community College and attended Nova Southeastern University, where she earned a Bachelor’s Degree in Nursing and a Master’s Degree in Healthcare Science with a concentration in leadership. 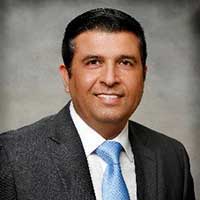 Prior to serving as Terre Haute’s CMO, Singh was the hospitalist medicine director. In that role, he expanded the program by focusing on building positive relationships with local physicians and providing exceptional care and communication with all involved in the patients’ care. He also held roles such as medicine department chair, physician advisor and occupational medicine director, and served on a variety of committees including the utilization review, medical executive, clinical monitoring, physician relations, credentialing and the pharmacy & therapeutics committees.

Singh received his Bachelor of Medicine and Bachelor of Surgery at Jawaharlal Institute of Postgraduate Medical Education and Research (JIPMER), Pondicherry, India. He served as a resident for dermatology, sexually transmitted diseases and leprosy at JIPMER; and was a family medicine resident at Southside Hospital in Bay Shore, NY.